The art of creating other worlds. Queen’s Theatre, Adelaide, 2012

I followed the production development of the world premiere season of Land and Sea by Brink Productions, from the early meetings through various phases including the review of scale models of the set, costume manufacture, rehearsals in  a dance studio, bump-in, set construction and dress rehearsals.

The set design had many surprises for the audience so it was not possible to use a conventional foyer display to exhibit the final collection of photographs as this would spoil the impact. Video projection in the foyer after the performance was considered the safest solution to keep the secrets in-house and still tell the story of the development of the production. The use of text in the images was necessary as it was not appropriate to have a soundtrack for the video. 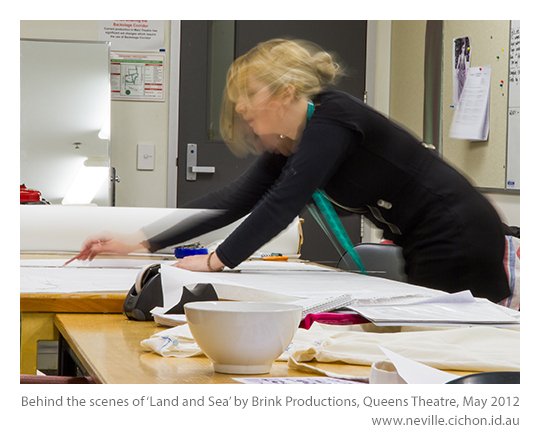 Olivia in the wardrobe department at AC Arts. Note the head tilting up and down to check the alignment of the 1 metre rule. 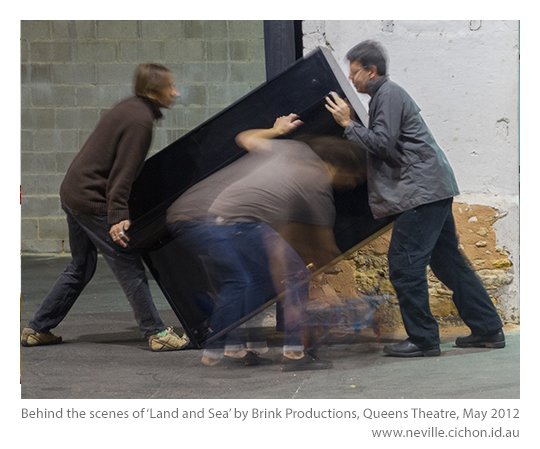 Bumping-in a piano on day one of rehearsals at the Queen’s Theatre.

On the morning of the bump-in I asked Chris to explain how the empty shell of the Queen’s Theatre would be transformed with the set design. 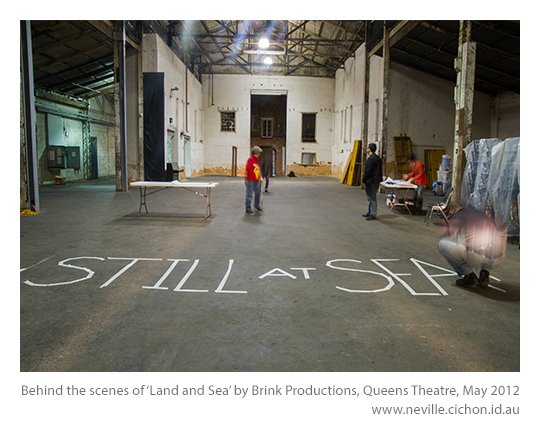 The Director, Chris Drummond, agreed to have a series of brief meetings with me during the final phases of development. In a ten minute meeting on the day the company moved into the Queen’s Theatre I asked Chris to sum up how the production was coming together and to then write this on the floor. He chose the words ‘Still at Sea’ as he felt he was still a long way from his goal and land was not in sight.

The use of tape was relevant as the staff in the background were measuring and marking the floor behind for the placement of sets etc. The barren Queen’s Theatre in the background highlighted the scale of the task ahead to construct the set and install lighting and seating etc. 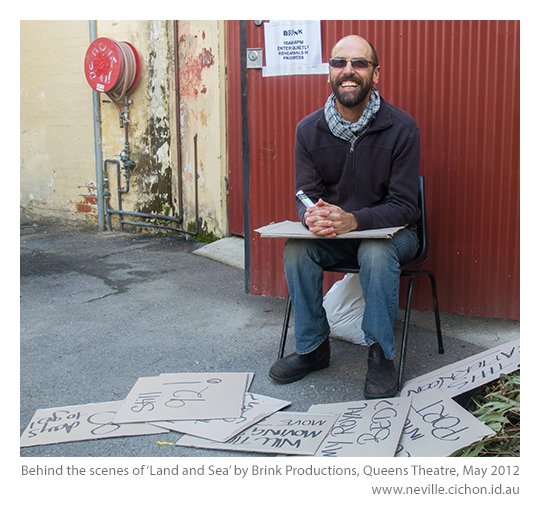 In a brief meeting (6 minutes) with Chris a week before the opening night I asked a series of questions and he documented his responses in a question and answer series for the video (left). When asked again to sum up where he felt he was at he wrote ‘Coming into port’ as the production was close to completion. 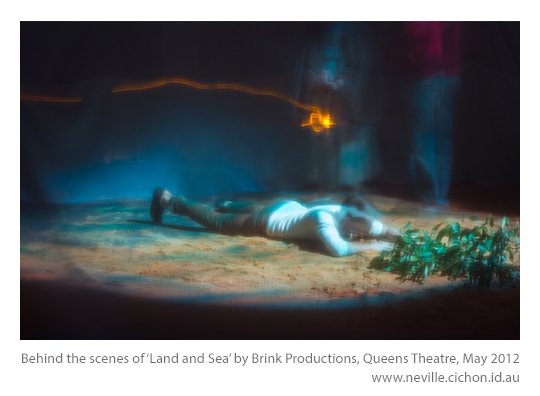 The image above uses of long exposure during a dress rehearsal showing Director (in red) with two cast members in action a few days before the world premiere. 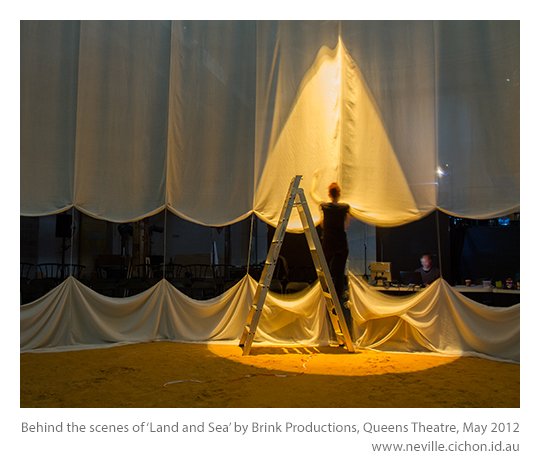 As the Queen’s Theatre does not have any permanent rigging and catwalks it is always a challenge to secure sets and install and adjust lighting. Here the scissor lift is making one last precarious journey across the uneven sand stage. Chris Petridis is looking on.

A characteristic of Brink Productions is the clear message to be responsible for your own coffee mug.
Here they are drying upside down on a tea towel with names boldly applied. The labels visible from the left are Francoise, Chris D, Brad and Rory.

Find out more about the production of Land and Sea at Brink Productions website.